Using a unique outside of the box approach, Gavel Resources turns challenges into success stories and measurable outcomes for our clients.

Instead of working in silos that can limit performance and success, Gavel Resources prides itself on pulling talent and expertise from across the firm to deliver innovative solutions to achieve impactful results.

Here are some examples of how members of the Gavel Resources team have helped to secure victory for previous clients: 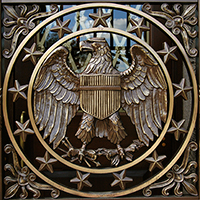 The Gavel Resources team is more than familiar with the Congressional Appropriations process and has helped to secure millions of dollars in federal funding on behalf of clients. An example of this work can be seen when clients from Western states retained members of the Gavel team to secure federal funding for urgently needed water projects.

Members of Gavel Resources worked closely with the Congressional delegations from key Western states to implement an appropriations education effort to work with Committee members on both sides of the aisle. After successfully working legislation through Congress and the Administration, Gavel Resources helped to secure over $40 million dollars for various Western state water projects. 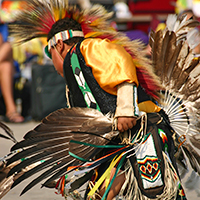 The team at Gavel Resources has a unique and effective background in dealing with the many and diverse issues facing Native American communities. On behalf of Native American tribes throughout the nation, members of the Gavel Resources team were asked to assist with putting land into trust to be used for hospitals, schools, healthcare centers and various tribal business interests, including casinos.

By working with the Bureau of Indian Affairs, key Members of Congress from the House Resources Committee and the Senate Indian Affairs Committee, as well as House and Senate Leadership, the Gavel team advocated successfully on the need to place these lands into trust to help Native American Communities grow and prosper. In many instances, members of the Gavel Resources’ team was successful in helping the Native American communities to place lands into trust, adding this land use benefit to the tribal communities across the nation. 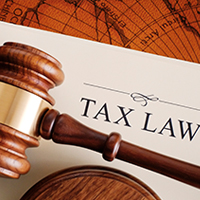 Members of the Gavel Resources’ team worked with a client to prevent legislation from being passed in Congress that would impose harmful new business taxes that would impact their client’s bottom line and decrease future revenue.

After legislation was introduced that would impose the Unrelated Business Income Tax (UBIT) on the revenue generating activities of tribal governments, a comprehensive lobbying campaign was created to target and educate key staff and Members of Congress at the House Ways and Means Committee.

The UBIT tax, usually applied to unrelated business activities of non-profit organizations, had never been applied to the revenue generating activities of any form of government. If passed, such a proposal would not only undermine tribes governmental status, but would also likely bankrupt many tribal businesses that exist to generate revenue for tribal programs and employment in tribal communities most in need.

Following the strategic education campaign, the UBIT legislation was defeated in the House Ways and Means Committee. 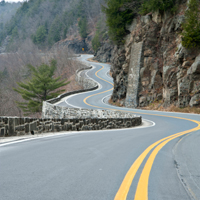 A major New York company was focused on securing federal funding to improve the safety and efficiency of highways in the state for their employees.

Members of Gavel Resources worked closely with the New York delegation, on behalf of the corporation’s government affairs department, to implement a targeted lobbying campaign focused on key U.S. House of Representatives and Senate Appropriations Committee members on both sides of the aisle. Following the annual appropriations process, millions of dollars in Congressional transportation appropriations was secured to help fund New York highway safety and efficiency projects. 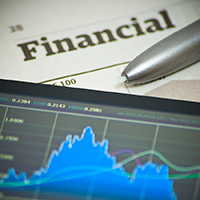 A partner at Gavel Resources was approached by a major financial services organization about their concerns with unwarranted termination of Money Services Business (MSB) bank accounts.

Securing Unanimous Support for Banking Legislation in the House of Representatives

Working on behalf of the organization, a plan was developed to educate key committee members in the House of Representatives to highlight the organization’s concerns with MSB’s and to ensure that there was bipartisan support for the legislation the organization supported. As a result of this action, legislation was unanimously passed by the House to address unwarranted termination of MSB bank accounts. 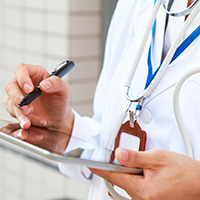 A healthcare provider in the Mid-Atlantic needed a Washington team to provide advice and counsel on securing funding from the Department of Defense for the implementation of a distance learning program.

Securing Victory for the Client Now and in the Future

Partners at Gavel Resources helped the healthcare provider through the legislative process and coordinated with the U.S. Departments of Defense and Health and Human Services to create a distance learning program that enabled doctors to share their expertise around the world. This unique victory allowed for both the success of the client, but also a stronger working relationship with the regional Congressional delegation for future efforts. 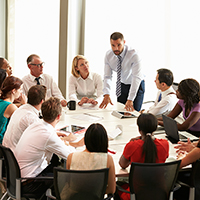 Members of the Gavel Resources team were approached by a group of organizations and companies to build a coalition to help promote emergency preparedness to help fight the deadly Ebola disease being spread globally.

Elevating Healthcare Issues during a Crisis

Through a public affairs campaign that included coalition building, advocacy and media relations, as well as educating key Members of Congress and the Administration, Gavel Resources was successful in elevating the importance of sterilization technology in dealing with medical waste. The direct result was the connection of such technology with healthcare workers and the U.S. military in dealing with medical waste in a safer and more efficient atmosphere. 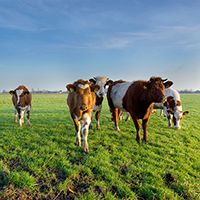 Steering Clients through the Agriculture Industry

Members of the Gavel Resources team are experts in the agricultural industry and are often approached to help clients improve their network in both Washington, DC and within their industries. An example of this work can be seen when the team worked alongside of a small technology company to successfully develop and market software for the identification, tracing and tracking of livestock.

After much debate in Washington, DC focused on food safety, policymakers from the House and Senate were interested in how they could track all cattle across the nation and what requirements might be needed to create a new program. By introducing the client to major agriculture industry stakeholders, companies and thought leaders about potential software to assist with this problem, the technology company gained unique insight into the agribusiness community and Washington, DC, allowing it to develop software that farmers could interface with based on potential future government regulation.

While tracking of livestock has not yet been mandated, the technology company was positioned better in the marketplace and major companies ending up utilizing the software – resulting in the company eventually being purchased by a major technology software company. 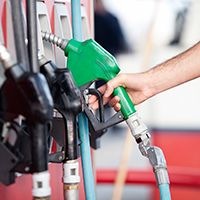 Educating Congress on the Importance of Energy Technology Funding

A major Wall Street Investment firm approached members of the Gavel team to assist them with expanding government support for the development of technology to harness alternative energy sources, such as cellulosic ethanol.

In a previous Energy Bill, there was language about government support and engagement to ensure that development and deployment of alternative energy. However, questions existed over where this would occur in the funding process for alternative energy sources– at the beginning of development or after a viable product exists in the market. Since the investment firm was unfamiliar with the relevant c committees in the Congress, members of the Gavel team helped them to educate policymakers about the importance of limiting risk for private industry by including government support early in the development process.

Following this effective education campaign on Capitol Hill, language was included in the Energy Bill to provide early government support for the development of alternative energy sources, such as cellulosic ethanol.

"It was a unique experience to watch our strategy come to fruition in the chaotic world of Continuing Resolutions and Omnibus possibilities. Working with the Gavel Resources team was a breath of fresh air, because we always knew what the legislative playing field would look like weeks, and sometimes months, before the process actually took place."